Who has the most followers on TikTok?

We carefully review the data on one of the world’s most popular apps to find out who has made it into the TikTok top 25.

But, who has the most followers on TikTok? Keep reading to discover the top 25 accounts from artists, dancers, celebrities, chefs, entrepreneurs, and teenagers!

Jannat Zubair Rahmani (born 29 August 2001) is an Indian film and television actress. She started her career in 2009 but gained recognition through Colors TV‘s Phulwa in 2011.

Arishfa Khan is an Indian actor and model. She was born on Thursday, 3 April 2003. ), in Shahjahanpur, Lucknow.

She did her schooling from Ryan International School, Mumbai.

The Stokes Twins are made up of brothers Alex and Alan. The twins were born on November 23, 1996, in Florida.

Alan was born first, and then Alex. The twins are half-Chinese and grew up with a husky named Sheeba that they loved.

He owns the Hatay Medeniyetler Sofrasi chain of restaurants, ‘CZN’, Özdemir’s nickname, originates from a frequent mispronunciation of the ‘Cinzano’, the name of his father’s textile shop in Laleli.

She received the Shorty Award for Tiktoker of the Year and was put on Forbes‘ “30 under 30” list as one of the most influential entrepreneurs on social media.

Dwayne Johnson (born May 2, 1972), also known by the Rock, is an American-Canadian actor, producer, businessman, and former American football and Canadian football player.

His films have grossed over $3.5 billion in North America and over $10.5 billion worldwide, making him one of the world’s highest-grossing actors.

She is known for appearing for two seasons on Dance Moms along with her mother, Jessalynn Siwa, and for her singles “Boomerang” and “Kid in a Candy Store”.

Siwa posts daily videos of her day-to-day life on her YouTube channel, “Its JoJo Siwa”.

She was included on Time‘s annual list of the 100 most influential people in the world in 2020.

In 2016, he became the first male ambassador for CoverGirl. In addition to his YouTube channel, Charles has also gained traction on the video-sharing platform TikTok.

Gilmher Croes is an Aruban social media star and actor.

He is best known for posting comical lip-sync videos on TikTok and also popular on Instagram and YouTube.

Gilmher Croes is one of the most popular social media stars in Aruba. In fact, he was named Aruba’s ‘Social Media Star’ for the year 2015.

Among other thing, He is well known for making lip-sync videos on TikTok.

Kimberly Loaiza is a Mexican YouTuber, influencer, and singer.

She debuted on 2 December 2016 and in 1 week, had 100k subscribers on her YouTube channel.

She was recognized as one of the most influential people on the Internet by Time magazine in 2017, and was featured on Forbes 2017 list of top entertainment influencers.

Although Brent Rivera got popular on Vine, one of the original video streaming platforms, he now has a large following across platforms like Instagram, TikTok, and Youtube.

Since the start of his solo recording career in 2009, Derulo has sold over 30 million singles and has achieved eleven Platinum singles, including “Wiggle“, “Talk Dirty“, “In My Head“, and “Whatcha Say“.

He was born and raised in West Palm Beach, Florida. He dated dancer Analisseworld.

In April 2007, Newsweek called him “the most powerful actor in Hollywood”.

Smith has been nominated for five Golden Globe Awards and two Academy Awards, and has won four Grammy Awards.

D’Amelio is the eldest of the D’Amelio sisters. In 2020, she starred in the YouTube web series Attaway General.

The social media platform is used to make a variety of short-form videos, from genres like dance, comedy, and education, that have a duration from 3 seconds to 1 minute (3 minutes for some users).

Bella Poarch is a social media star She use to posts comedy lip-sync videos, often about gaming.

Her videos have earned her over 50 million followers on the app.

She served in the United States Navy. She launched her TikTok account in April 2020.

She is currently signed to Virgin Records and Capitol Records.

On December 3, 2020, Loren launched her very own jewelry brand.

The beatboxer and YouTube star was born and raised in Manhattan, New York, USA.

He is of Chinese and Ecuadorian descent.

He has been featured in several publications as an artist to watch, including USA Today.

Zach King is an American internet personality, filmmaker, and illusionist based in Los Angeles.

He is most known for his “magic vines”, which are six-second videos digitally edited to look as if he is doing magic.

She started dancing competitively at the age of 6 where she attended competitions across the country.

In August 2020, Easterling was named as the highest-earning TikTok personality by Forbes.

Charli D’Amelio is an American social media personality and dancer.

Born and raised in Norwalk, Connecticut, she was a competitive dancer for over 10 years before starting her social media career.

She started actively posting content on the video-sharing app, TikTok, in late 2019, where she would post dance videos to trending songs on the platform.

She quickly amassed a large following and subsequently became the most-followed creator on the app, surpassing Loren Gray. 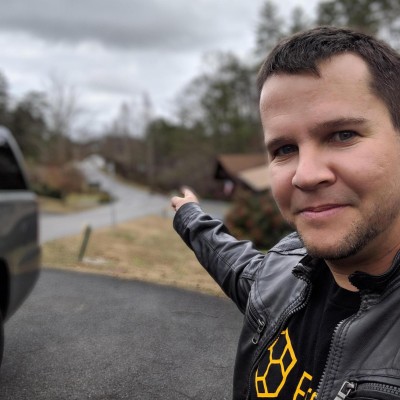